Put Your Lips Around This... 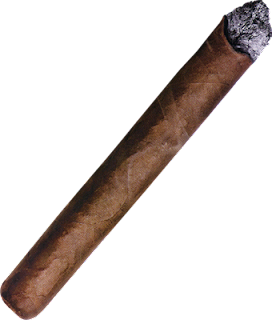 -Old Rasputin (or Raspy for those on nickname basis)

-Brother Thelonius Abbey Ale - (NCBT for those in the know... Actually I just made that up to take the piss)

-Monster Ale - Only Garret Oliver, if you had read enough of his material (which you wouldn't have, because he only makes one IPA and not 17 of them), could make such an old world English style barley wine that has to be lay down for about 5 years to remotely start tasting good.

So, it's winter. And I think it's time to discuss the merits of having beers aforementioned with your favourite cigar or unfiltered cigarette.

I'm not promoting smoking. I'm not a smoker, I have the occasional.

But don't you think you should be having at least having one of these beers outside in the cold' letting the brew warm you up whilst you wrap your lips around a fat Dominican.

Enjoying the interplay between some of the greatest flavours on the planet, malted barley and tobacco. Well, they are practically cousins.