"In the wild, goats live in herds of up to 500 individuals; males are solitary. During the rut old males drive younger males from the maternal herds. In habitats not adapted to their presence they can cause serious environmental problems." 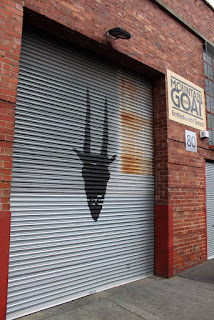 Sounds a bit like a brewery we used to know.

Mountain goat is back at Platinum Liquor and for the first time in a while, we are happy.

Dave and Cam (of which both men I have never actually met) are genesis in terms of Australian craft brewing, they started at year 0AD.

They were making robust Amber Ale, when most of you were mastering the art of Milo or Nesquik (Me? Nesquik. Always had a sweet tooth)

Gold Bless them. For once I might actually be compelled to say anything remotely vitriolic.


-Hightail Ale (hopefully the amber ale to finally drive James Squire out of the store. suck it up, Chuck)

-Steam Ale (the kind of easy going tasty brew everybody should like. From poor man, peasant to hipster to aristocrat)

The even better news is that we know have dibs on all of the one off special brews that Mountain Goat pride themselves on.

Yes, currently we have the 'Gypsy and the Goat' Black Pepper berry IPA Collab with Mikkeller.