BrewDog and Mikkler Are Total Sluts 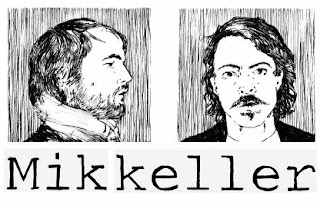 Have you noticed how Mikkler and BrewDog are both total collaboration brew sluts.

They have gotten into bed with almost everybody. Just sleeping around. Being Casual about taking everybody on board.

Almost everybody has had a ride. Really, I'm just jealous and it wouldn't be easy.

I mean, who doesn't like, you know, well, sluts.