There Are Only Two Types Of people In This World 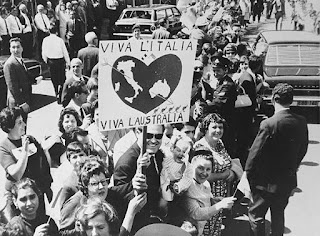 I am extremely proud to announce that we have landed some super brilliant Italian craft beer, and I'm not talking about that Menabrea shit.

Like everybody else that has revived the same stock.

I have steered away from some of the breweries that have made it down under and gone close to my heart.

Leonardo Di Vincenzo and his picturesque brewery in the the town of Borghese is about a 20 minute drive from the very town of where my mother was born. Rosciolo Dei Marsi.

So, basically, we are cousins.

In Birra Del Borgo we have received their 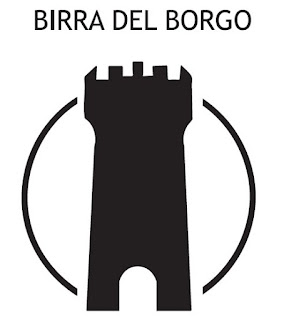 & last and most importantly the

There a re plenty other breweries I have inquired about and with any luck they will be on the way too. fingers crossed.

So, don't fall for some exclusive pub or wannabe Italian restaurant trying to suck you in with their premium Italian beer line up.

Don't be fooled by some Italian themed take over, where people will dress up like Julius Cesar and Federico Fellini, and they have Tappeto Volante or Birreria Collesi.

Come get some Birra Del Borgo, make yourslef some pasta l'amatriciana or bistecca alla fiorentina with some eggplants and zucchini over charcole BBQ and do it yourself.

I can tell you everything you need to know about the real Italy, not the one you saw on that fake contiki tour when your were 25 and visited la Fontana Di Trevi (Trevi Fountain) and threw the money over our shoulder.

Ill can let you know about Italy and it's secret ongoing war with France and Spain.

How being cynical, paranoid, and skeptical about everything is part and parcel (I mean c'mon, just look at me). Perfectly summed up in that, Italians by nature are very proud to be Catholic, but never, never trust the church.

Never Maserati over Ferrari. Please, total social NO NO. Maybe Lamborghini, but that's owned by Germans. Again another NO NO.

You never support Juventus unless your from Turin or those suckers from the south.

Never hire a car and travel to Napoli or Avelino.

I really could go on forever. How much more do you wan't to know.

As the very funny Mario Batali once said.

"There are two types of people in this world.

Those who are Italian. And those who want to be Italian."
Posted by Platinum Liquor at Sunday, April 29, 2012