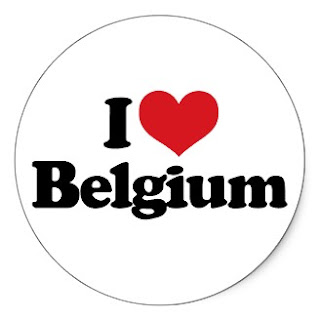 The thing I love most about old world beers is that they set the men apart from the boys. the originals apart from the "Johnny come lately" US craft IPA crowd.


Not only for the reasons mentioned below, but the fact that a lot of old world beers have a wide, most often subtle and complex taste and most newcomers can't pick up because the tastes and scents are not ABV and hops. Wankers.

Sure you know Stone and now Dogfish Head. You have watched a few episodes of brew masters.

Well done. Golf clap for you.

(Adamspeak - Golf clap = Usually reserved for people who are distinctly rubbish. Here is a more than common scenario: Picture said person indulging in a proper, quaint golf clap, lightly and rapidly clapping the fingers of one hand in the palm of the other to produce a discreet but effective clap. Louder than a mouse, softer than a cat whilst saying
"yes, yes. Well done. Good on you. Right twat!")

You now know Mikkeller, 3FFF and Brewdog, drank some DIPA and some Imp. Stout and now your some f*%king expert on the world of beer.

The thing I love about old world breweries and brews are that.

They enchant the people that liked beer before it was cool. before riding a bike to be indie/urban inner city living, wearing tight jeans rolled up with no socks and growing a beard. Wanker.

We were not sucked in by the marketing campaigns and graphic design logos of Stone and Mikkeler (However, I would make it clear that I have nothing wrong with any brewery making their brilliant product look good and have fantastic marketing to back it up, All I know is that everybody knows Stone because of very aggressive Arrogant Bastard campaign).

I have a theory that subtle old world beers make you think more.

And we all know people do way less of this than ever. Yes, I'm talking about you.

Someone told me the other day, that they thought a particular Kolsch tasted like nothing, (this was coming from someone pretty cliché. Just gotten into beer in the last two years, likes everything American. rate beers online, now knows a lot. Apparently)
I tried to explain to him about how it was refreshing, its subtle foibles and that sometimes (for someone like me who actually likes diversity) I like something for what it is not. Not for what it is.

Obviously, he didn't understand, then talked about IPA. Wanker.

There is two side of this story, people who agree with me, and by now you are nodding your head savagely.

And those, who while drinking their American-ised Imp. Brown Ale/Amber Ale/IPA/Barley Wine/. Won't actually know what I'm on about. Wankers.

Anyway, enough of the rant. Shut up Adam. Wanker.

Both stores now have ;