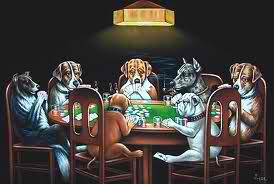 Tim's brewery in South Nowra is about 20 minutes old and it's already making beers that should put other breweries to utter humiliation.


Shame on you other breweries. SHAME!

The only problem I have with Tim, (and this being me, there is always something wrong, some problem, some sniveling useless nit picky sh*t that I have to point out. Because none of us could disagree that I am one hell'uva whinging bitch)
he make too many fine beers for me to carry. We have seven different brews at the moment from Tim.

and like stated previously, his brewery is only 25 minutes old.

In a manly bromance kind of way though.

Not that there is anything wrong with the other love.

-Ham On Rye - Golden Ale made with rauch malts and rye. the bacon sandwich of beers (I don't know how that beer will go down at our Bellevue Hill store?!?).
Posted by Platinum Liquor at Saturday, March 17, 2012