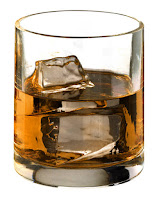 For those of you who don't know, or know and don't care, we actually and surprisingly are a decent couple of bottle shops.


We carry lots of different wine and strange spirits. The 1.5L tequila Gun Riffle Bottle at Nth Strafield springs to mind. Or the German liquor with pictures of Devils on it and an accompanying box of matches, so you can set it on fire.

However, we have received some new sprits that not only I'm happy about, but probably no one will care about.

And probably no one will ever purchase any of them because we are not one of Sydney's small bars.

The simple uncomplicated answer is, at some intimate point in a cool inner city small bar.

People are trying very very properly hard to impress their friends, work colleagues, opposite sex. Or all of the above.

Defiantly opposite sex. Done it myself, a million times.

New delectable and expensive products include :

(other Van Winkle's are available for me to order, we only carry the two "cheapest" options. Note, they are proper expensive).

(And many more Bitters available that can be ordered with flavourings such as Orange, Peach, Grapefruit, Lemon, Rhubarb, Cherry, Celery. This list goes on)
Posted by Platinum Liquor at Monday, March 05, 2012