I have said once before that Oliver thinks about beer and executes it perfectly.
I also happen to think, that there is no one on the planet today that describes beer flavors as well or eloquently as him, how they come about and what food to accompany said beer.

The other thing I love about Mr. Oliver is that he has an uncanny resemblance to Cuba Gooding Jr in the classic film 'Boyz In The Hood"#. 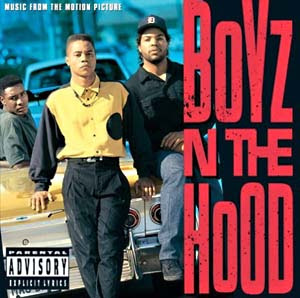 Garret Oliver dresses always snappy, mainly in a suite. And I dig that quality in a man.
And, I don't need no fake piss ant wannabe faux video link up to know any of that info. 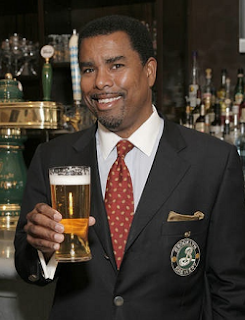 You don't simply listen to as much music, watch movies, read books about the Rat Pack and the shenanigans of the 60's without loving a suite as much as I do.
As early as I can remember. Even from the day of my catholic confirmation when I twelve years old.

The ohthers? Jeans, skate shoes and their best Billabong shirt.

I would wear a suite every day if I could.

But I cant, so thatst why I probably love them so much.

I apologise, that's a useless story none of you really needed to know or care about.

Now, come in, buy a whole heap of Monster Ale and Black Chocolate Stout, Turn up the PE (that's Public Enemy for those who didn't have an older brother growing up in the 90's) in full effect.


#Boyz In The Hood Boyz n the Hood is a 1991 American hood film written and directed by John Singleton. Starring Cuba Gooding, Jr., Ice Cube, Laurence Fishburne, Morris Chestnut, Nia Long, Angela Bassett and Regina King, the film depicts life in poor South Central (now South) Los Angeles, California and was filmed and released in the summer of 1991. It was nominated for both Best Director and Original Screenplay during the 1991 Academy Awards, making Singleton the youngest person ever nominated for Best Director and the first African–American to be nominated for the award. In 2002, the United States Library of Congress deemed the film "culturally significant" and selected it for preservation in the National Film Registry
Posted by Platinum Liquor at Friday, February 24, 2012