The War Of Attrition Cometh

Now that GBW is over and all the gratuitous backslapping is over for another year.

I though it would be me who (naturally) to bring up a delicate, brutal and realistic situation that might be on the horizon.

I know what’s going to happen, once you read this, your going to think that I’m “talking the industry down” and “trying to kill it off”.

To which I reply.

“F*&k off, I’m just trying to make everyone fully aware of what has happened in the past so it doesn’t occur in our present/future”.

To be four warned is to be four armed

No, not that space. 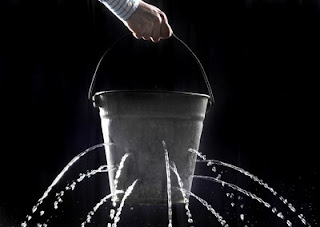 This post manifests itself on the actions of the actual proper beer drinking public.

Which is none of the audience of this blog really.

(not some smug tertiary educated gits who are computer programmers, moonlighting as beer enthusiasts/authors/bon vivant’s. The first to put their nose so far up a brewer’s sphincter at events such as the aforementioned GBW that he can actually taste the first wort running’s of yesterdays secret test pilot brew. The kind of person when you see them at a beer “event thingy” only drinks the “little” half pours of draught beer because God forbid the pint. That limits your ability to try all 15 brews. How can one possibly live with one self, if one doesn’t get to try them all, blog or rate said brews and then proceed to jerk off in an untimely fashion).

I’m also referring to breweries regular beers that are in 6-pack format.

People who buy a whole six pack (or case) of beer one to two times a week, maybe sometime more (yes that’s right, some of us are seasoned professional drinkers, not light weight ammeters).

These are the people, who decide the fate of most modern brewers

(surprisingly A brewery doesn’t stay in business because people drink all their seasonal beers once every blue 12 weeks, and then critique it with a favourite ‘tasting glass’.
I’ll give you the inside word, when you visit a brewery and ask in a poncy fashion “So, what beer have you got that is new?”.
The brewer might say “nothing at the moment, sorry mate” but what he is thinking is “just drink my regular beer for once and shut the fuck up”).

Ok enough of that. Now that I’ve got that off my chest, I get on with the rest of the post.

Space is becoming one predominant word and precious little item.

It could be argued that the fridge space and shelves in my stores are predominately filled with good beer (I said arguably).

However, sooner or later the war of attrition might come along.

That’s right, a f*&king waiting list for shelf space in my fridges.

If a beer doesn’t sell well in the 3-4 month period, then your booted and there is another brewer making a Golden Ale, Pale Ale, IPA or Pilsner, Kolcsh ready and willing to step in.

Now, I’m not complaining. Anything is better than when the only options were James Squire and Little Creatures and Matilda Bay.

My mind (as you would know) has many a theory and this doesn’t fall short when it comes to the beer selection in my stores.

No obviously there are extenuating circumstances such as,

I could go on…

What I’m getting at is, there is not enough demand to support a lot of brewers and their beers

Now a lot of you on twitter like to think that you’re some sort of revolutionist and you have a social media army behind you.

And that’s really cool. Two thumbs up and everything champion*

However, realistically in the rapidly growing biggest city in Australia of upwards of 4.5 million people, its still a lot and rapidly growing portion of brewers chasing a relatively small piece of the market share.

Not in the same way that I don’t like you. It’s in a more passive aggressive kind of way.

I can tell you that now. Pato is my go to for beer conversations.

Some of you would either shit your pants, scratch your head, or a light bulb would go of if you head upon hearing our conversations.

Nah, just joking. They are not that great.

Pato is one half of “the Bob & Silent Jay” of Platinum Liquor (longer story than this one).

Pato is Coloradoan. Which means not only he is OK about weed.

It also means he was drinking Hercules DIPA before ANY of us knew what a fucking American Pale Ale was.

However, Pato been into beer longer than me and has some very interesting stores to tell about the beer industry and its swings to whoever is intelligent enough to listen.

Most low to medium knowledgeable beer people, you will hear them go, on and on about the beer revolution in the United States.

However upon looking closely, there have actually been two.

What (for me sometimes, at least) gets swept under the carpet is the Craft beer crash in the late 80’s/early 90’s.

Albeit I might add, that it was also a great time to clear dead wood.

Quality was most definitely played in the issue, (luckily that’s not so much in our circumstance. However, sometimes I do worry) people making crappy “That’ll do” Wheat, Golden, Pale Ales with slick marketing, hit the wall.

However, the bad news is (and this is where it is relative to us) some really good brewers hit the wall as a consequence, also.

It was Darwinian (mostly), only those who had a solid, consistent, well thought out and well put together range of brews lasted the hard times.

Have you ever noticed that all your favourite breweries that you talk about to your non beer friends, from the States were all stared in the early to mid 90’s..

We can learn a little from the experience, and if we (as an industry), unfortunately are to deal with this situation we can learn from what happened in the States and apply it in better ways

However may it rid us off the plethora of mundane ordinary contract brewers (No Stu, you know I’m not talking about you) taking up valuable shelf space for actual brewers who deserve be there and deserve for their beers to be enjoyed.

Obviously I’m not saying we should limit breweries opening in any way.
No need to worry about that, I’m probably the most economic liberal in the beer industry full of hippies, lefties, localvores and all that stuff that makes the ABC go round.

We need to ensure that the great brewers thrive, good brewers become great and throw stones and crucify those not worthy of you time and most importantly your money