Crafting A Debate With Moods, Thoughts, Ideals. And Of Course The Omnipresent F*&kwit

It's one of those things.

A point of view.


Personally, I don't. But I know plenty of people who do, and I don’t have a problem with that.

Of course I’m talking about usage of the term ‘Craft Beer’.

I often like to have discussions with beer people of their opinions I respect about the validity of the term ‘craft beer’ and if it indeed has a transcended it original essence, gist, context etc..

So, for this we need to go back to the beginning.

You see, the term craft beer came about in the US when people like Ken Grossman, Jim Kock , Jeff Lebesch or Kim Jordan (and yes if you don’t instantly recognize any of those names you are, in all fairness a newb*), microbreweries or brewing capacities (key word here, pay attention) started getting big.

Technically, they were no way near nano or microbreweries anymore.

This means there was a problem.

If they weren’t nano or micro, surely they couldn’t be BIG breweries now.

So in all their divinity, the Brewers Association (and I’m not being facetious here, Charlie parzipan is one of my brewing heroes. And yes if you have to Google Charlie Parzipan, you are, in all fairness a newb*) came up with a rather intelligent and thoroughly put together set of guidelines. 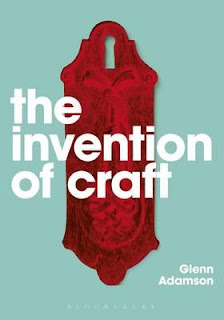 They are the following (Over the years the ceiling for the amount of barrels has been raised and raised mainly due to Jimmy – it used to be under 1M barrels);

Small: Annual production of 6 million barrels of beer or less. Beer production is attributed to a brewer according to the rules of alternating proprietorships. Flavored malt beverages are not considered beer for purposes of this definition.

Independent: Less than 25% of the craft brewery is owned or controlled (or equivalent economic interest) by an alcoholic beverage industry member who is not themselves a craft brewer.

Traditional: A brewer who has either an all malt flagship (the beer which represents the greatest volume among that brewers brands) or has at least 50% of its volume in either all malt beers or in beers which use adjuncts to enhance rather than lighten flavor.
The following are some concepts related to craft beer and craft brewers:

The hallmark of craft beer and craft brewers is innovation. Craft brewers interpret historic styles with unique twists and develop new styles that have no precedent.

Craft brewers tend to be very involved in their communities through philanthropy, product donations, volunteerism, and sponsorship of events.
Craft brewers have distinctive, individualistic approaches to connecting with their customers.

Craft brewers maintain integrity by what they brew and their general independence, free from a substantial interest by a non-craft brewer.


And by this they set about rebranding a craft brewer.
He made good to great beer, he could be small and he could be a little big.
We shouldn’t begrudge and brewers making to the big time.

(Dear Tony Magee, I love you. From Adam Bellamy of Platinum Liquor)


And yes if you have to Google Tony Magee, you are, in all fairness a newb.*


So lets get down to the nitty gritty (because that’s what everyone reads this bullshit, isn’t it?).

I do have a little problem with the term 'Craft Beer'.

I rarely use it.

I cringe when I do.

Maybe I’m showing my age and time in the game. But I cringe when I hear a lot of people say ‘craft beer’.


Especially newb’s* (just learnt this word, I happen to love it) trying to be impressive.

When meeting people and telling them what I do or what I’m passionate about, I generally just say I like ‘Good Beer’, and leave it at that.

If they say they like VB, CD or Tooheys. I stop the top of that conversation, right then and there.

If they say they like Fat Yak, Little Creatures. I stop the top of that conversation, right then and there.

If they say they like Berserker (And yes if you have to Google Berserker, you are, in all fairness a newb*), I smile lavishly and we get on famously.

If it happens to be a lady that says this. I get down on one knee propose immediately, insisting we go back to my place make sweet ever lasting love, while several hours later we smoke a Cohiba cigar with some Lindley Park from Olde Hickory (And yes if you have to Google Lindly Park, you are, in all fairness a newb*)

Errr…. Sorry, your weren’t supposed to know that bit.


Now. Before you lot get all knickers in a knot.

I’m not saying craft beer shouldn’t be applied as a suitable tag or definition.

I think it definitely needs a label to set itself apart. And 'Craft Beer' seems the most suitable for that.

God help us anything is better than,

I’m not done yet,

So this means,we can now place ourselves in the Platinum Liquor Common Scenario. The scenario that has single handedly made me begrudges and somewhat dislike the 'Craft Beer' moniker.

Adam – “Did you need a hand mate? Anything your after today?”
Twat – “ Nah just cruising the crafts champ, are they all in this area? Where are all your IPA’s?”

Taking myself as serious as I do (a subject that we are well versed in by now),

I don’t need to be called champ and conversed with in a condescending manner by said newb* person ‘cruising’.
By a person who in all fairness, the peak of beer experiences has culminated in;
-Feral Hop Hog
-Coopers Vintage Ale
-Mountain Goat Surefoot stout
-Maybe a DIPA or Lambic

I’m not saying these are not decent tasty brews, I drink them, I sell the bloody things, however, in the relative grand scheme of things, its not exactly White Chocolate from Patrick Rue is it. And yes if you have to Google White Chocolate, you are, in all fairness a newb*)

Now, before you get all red mist over the keyboard.

This is just having a conversation about the application of the word, and generally it manifests itself with a lot of people that I identify as a bit of a twat.

I know plenty of good beer people who say craft beer and it’s more than fine by me.

Funnily enough, it's like the word dude. I don't mind it when an American says it to me.
It's almost like it fits, second nature, meant to be.

I know it has a different meaning now, and I know that even in Australia we refer to all microbreweries as craft beer. I’m fine with all of that, and if it helps us move forward and progress, this makes me happy too (I know, happy? I just punched in the keyboard the word happy).

And this is about as f*&king diplomatic as I get on this blog.

It’s just an interesting thought. An opinion. If you say craft beer, I don’t hate you.

Its just not how I carry myself, that all.


****In this post, I’m clearly blabbing on about being treated smugly and talked to in a condescending tone. Followed by, me constantly referring to and mocking people (you, readers) as newb’s in a condescending manner.
Obviously I’m being ironic, or put simply, I’m just f*&king with you. That’s what most of these posts are. It just depends if you are intelligent enough to work it out (Now that time, I’m not being condescending, its just the plain flat truth).

And really, how condescending can I be? Surely you all notice my woeful spelling and my lacklustre grammar.