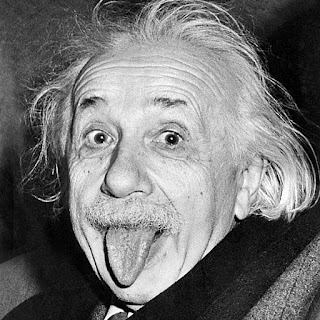 What a man. One of the forefathers of the modern century.

Albie and me are none to dissimilar either.

We're both a reasonable scale of ugly, insatiable taste for the wrong women and both undeniably insane.

And both have similar theories.

However, I must point out, I've got a way better hairstyle and I don't adorn facial hair.

Oh and I'm the furthest thing from a socialist.

Other than that we're peas in a pod.

Which leads me to my currant tangent.

Beer is a foray into the senses.

You look at beer.
You smell beer.
Your mouth and tongue touch the beer.
And, you end up tasting the beer.

However beer is also relative. It's relative to who we are, what we do, and how we define to live our lives.

I didn't say it was the defining ingredient, but an important part of the 'life' recipe.

Its relative in a competitive market place with ruthless aggression of advertising.

A world that is trying very hard to tell you that no matter what your are doing.

Apart from smoking, gambling and drinking. According to our government you cannot do any of these things upon your own free will.

Sit down, shut up, watch and listen to what ABC's Q&A informs you how to live your life from the view of tertiary educated smug-ites (Yeah, I just made that word up. That’s how I'm rolling these days, just making my own words up 'n shit.

From now on we will name this unpretentious form of communicating through vernacular. And it will be called from this moment on 'AdamSpeak'. Bit like Ron Dennis's RonSpeak however mine is more definitive, less politically correct).

However, Beer is even ore relative than this.

I sometimes think that the human display of thinking relatively is how I judge a person.
How connected they are to those around them and the current environment.

And beer fits into this scenario perfectly.

I often find myself giving other people lessons of relativity (Naturally, because of my supreme intelligence. Nothing that St Patrick’s at Sutherland couldn't teach you about the world*#)


Sometimes. Actually often, I have people that visit both our stores that somehow feel compelled to comment on the price of good beer, nay, great beer.

I never said these people were perfect. And in admitting so, the people who do say such things are the people vain enough to spend $200-$300 on a pair of jeans and $11 on a six pack if beer.

And that’s the point, it' all relative.

Some people spend 5 times the amount on shoes as they do on beer.

Some people spend 5 times the amount on beer as they do shoes.

Some people buy a bottle of water that is sparkling for $5 (Stupid Fu#$ers).

Some people complain about the price of petrol, (the liquid that rules and runs our entire existence. Sorry Greg Koch, it does. And your going to have to just roll over in your hippie artisanal made hessian nap sack and take that fact right up the roger dodger) are the same people who don't bat an eye lid to pay $3 for a Bottled water or Coca Cola.

Lets do the math :
2L of Coca Cola (Sugar water that rots your teeth and makes you fat that costs nothing to make - $3
2L of Imported Sparkling Water (Sparkling Water!!!) - $5
2L of Petrol (The liquid that rules and runs our entire existence that takes a lot of resource and energy to convert) - $2
2L of Crap Beer (Easy to make and gets you drunk) - $15
2L of Kraft Beer (Little harder to make and gets you drunk while looking like a tosser) - $20
2L of Craft Beer (Hard to make, means you know your shit, makes you more attractive to the opposite sex**## and your a bowwwwsssman) - $30

And I'm not even making this up. Usually my posts are wacky theories that are so full of shit and off the mark that today, I'm visually and emotionally upset over how much this post is gospel.

The problem is, if your reading this post, I'm already preaching to the 'converted', the learning 'converted', people who think they drink great beer but really don't but sorta get where I'm coming from 'converted' etc.

Beer is relative and for you and me, and for everyone to see. if they choose to be
(made that last sentences up all by myself. Yeah thats right, it's the new Adam.
writing rhymes and limericks 'n shit).