Go On Then Son, Drink Moor

I got in my first real twitter fight last week.

It's taken 7 months. I knew I'd always get there.

It was just a matter of time. 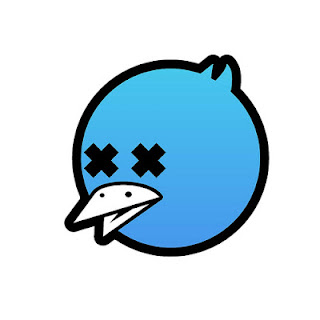 It was about an article that a relatively nice lady wrote about the ever growing "craft" beer.

And how fantastic the UK is for beer and how fu&king tremendous a job they are doing for themselves. All to do with a beer festival that was being held in the old Manchester Baths.

The beers featured were :

Not exactly Marston's Pedigree is it? Sound properly English don't they?

Now as the lady pointed out when I sent here a tweet about how Brits love to rave about the growing beer scene but don't acknowledge the fact that it was the americans that stirred and spurred their imagination along.

They would literally be fighting it out with pints of Carling against pints of Thekstons (nothing wrong with Theakstons, I happen to love it, however, it certainly isn't a fu*king bramble-infused double IPA!!!!).

This indeed annoyed me.

Which we all know what that means.

You can't just big up yourself without acknowledging, mention or paying homage to the brewers of the USA for influencing all these UK brewers

Without them to lay the path, non of those brewers would have had the courage or gumption to create such brews.

No swearing or anything.

Now, those of you who actually know me, of which their is about 4 maybe 5 of you.

You know I'm a great believer in English beer, I constantly have fights with people who just drink US IPA and tell me that they think English beer is rubbish.

People who drink IPA and don't even know what the acronym actually stands for.

I verbally slap people like that. They should know better, and if they don't, they better learn quicker.

Anyways, after which, admittedly the lady who wrote said article was actually really polite and courteous and she said, she had made the connection many a time but did not have any space in said article to make the reference.

I was respectful and agreed with her entirely and more than understood her point of view, and great fully, because she had understood mine.

Then out of no where, organiser of said event in Manchester was giving me grief about how Garret Oliver had been influenced by a lot of traditional English beers and styles.


Me taking myself so seriously of course, I thought this Manc Fu%ker was having a go at me.

Now I don't take that kind of guff from a pommie, let alone a Manc.


I calmly let him know that however that might be true. My boy Oliver's (Love you Garret) most rewarded, sought after and highly regarded (Blast, Black Ops, Brett Ops, Concoction, Sorachi Ace, Detonation) beers are American in style, thought, conception and delivery.


I said it'd be tawdry to make an ongoing list of brewers in the UK that were inspired by US brewers.

Then, chimed in some breaded, sachet wearing home brewing video editing type with his thoughts about how I was already being tawdry.

Possibly? I never rule that kind of stuff out.


And they both gave me the whole "What about our 700 years of brewing tradition, you basing everything from over the last 30 years" standard issue reply.

Like they had been here before.
Like they (British) had created the god damn beer universe and its seven stars.

I then realised it was a moot point trying to discuss any further.

One twitter account of the organiser was quite possibly a hipster of said Manchester Beer Event and the other, a nearest makes no difference hermit beer loving hobo with a beard.

Where as, what I really wanted to say, but couldn't without the limits ions of 140 characters was:


"Of course the last several hundred years has been critical in regards to British brewing you trash tin liner.
Well Done for you.
All I am saying is that, it's all well and good to big up yourself about your brewing history.
However (and this is possibly one of the biggest HOWEVER's in the history of the world), 30 years ago, your beer and brewing industry was on its knees, on one wanted your beer.
NO ONE, apart from some gents in tweed jackets with mutton chops who watched West Hame get relegated and promoted form the EPL bi annually.

It was so bad, your lot had to form one of the biggest consumer based movements going around to help all the traditional beer, breweries and pubs. So they didn't die the most dishonourable death.

All the beers aforementioned (Rye Black Belgian PA, Sour Ale or DIPA) it was Americans who made this happen for you.
Im happy that your scene is getting better and better. Gaining more and more momentum, but don't big up yourself in front of the wider international beer community.
You just end up getting served like...er right now, and look like a bit of a twat really.
Otherwise instead of said bramble infused double IPA you'd be drinking some pussy arse Breakspear Oxford Gold at 3.8%.

And I know which one you choose when your faced with the choice at the pub.
Now shut your tiny whinging Pommie mouth before I slam you in the face with a glass of West Coast IPA"

After all that just to prove my point,
We now carry beers from Moor Beer Company, of which the history goes, was a really really shit English brewery, until taken over by a American from California (now you see the connection huh?). Go fu*king figure.

We now have their ;


Aopolgies for all the profanities, been watching 'The Wire' again.