We now carry the entire range from La Siréne. 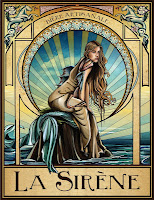 Without having any knowledge on the matter, and frankly not actually caring.

We might be one of the only places to Sydney to stock Costa's beer.

I could even be wrong about this, which is entirely fine by me.

I spend half my entire day being wrong.

Sort of a raison d'être.

But unlike some other establishments in this city, instead of carrying on about being the latest and greatest.

Gorging myself on a social media tidal wave.

"First time in the Southern Hemisphere"

All I'm waiting for is ;

"Fisrt time in the f*&king universe"

Alls we know, is that we carry it. And it's beer.

as Greg Hall said (Yes, the same Greg Hall that urinated into two beer glasses while standing at the bar after celebrating the $38 million acquisition of his family’s Goose Island brewery by Anheuser-Busch)