Have You Ever Danced With Tthe Devil In The Pale Moonlight? 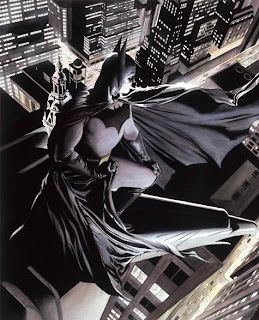 And their name are Carlton United Breweries and Lion Nathan.

I know I can be uncompromising, opinionated, serious, surely and utterly disgusting.

There could be worse scenarios. However, I feel these character faults give me a certain depth.

The biggest attribute to all these crazy personality downfalls is that they also coexist with calling it how one sees it, cutting through the bullshit, and playing with the cards that one has been dealt and getting on with it.


The thing I enjoy most about my position in the beer industry, is my raw, unadulterated, passion for what (I believe) to be right.

It doesn't bother me that I'm not going to get my free holiday bonus present esky or BBQ or free trip to the brewery with accompanying free samples. Those of you who know who your are, shame.

Little Creatures selling out? Good Riddance, glad to see them gone. Make room for a brewery who deserves everything they want.

Fusion Brewing? I don't even think I have to joke about it. They are imposters and fake to otherworldly levels. As Wu Tang would say "fake ass A & R's".

My undiluted theory that possibly every brewer should start their brewery off like Tim Thomas down at HopDog. Tim makes the beers they way he wants, he experiments, and I have no doubt will get bigger and bigger and grow organically. Because he is the man and his beers are made from the heart, how he wants them to be made, not to sell to people who wear smurf style beanies. Not because he has some marketing company behind him and he has some trillion dollar brew house.

When I talk negative about Kraft (With a "K") James Squire, Matilda Bay. And some people say

"oohh but they are bridging beers, it helps people make the switch"

You are not on the front line of the beer war, I am. Most people see a six pack of true hand crafted Australian beer make your ears bleed when the screech "$25 for a six pack!".

I feel every time you see a Kraft beer in a bar or liquor shop, they have taken the place of someone who really deserves the space on the shelf, like Ben from Bridge Road or my man Tim from HopDog (I have no affiliations with these brewers, I just like their beers and i just think they happen to be stand up men and respect them both immensely)

People who do a few stints at a pub or a bar and consider themselves part of the beer industry or the beer community and are the answer to everything.
And I say to that, work a week with me.

Ill show you down the real rabbit hole you beer equivalent Alice in Wonderland mother f*%ker.

I see the beer industry with naked eyes, it's pure form, it's good, it's bad, it's ugly, it's terrible, it's ordinary.

and I still love it for better or worse, and want more. Not many of you can say that.

There is no political power game/struggle.

Because they agree or disagree with me (that's right, I'm am friends with people that I disagree with, I'm not that petulant) .

I can see inside of their beer soul, and tell if it was intended for good or for evil.

When I meet someone, and decide they are a c*%sucker, I'm usually about 75% right.

So, what I'm getting at is.

Of the Sydney's (And Australia's?? Big call) beer community.

No, not Bruce Wayne. I'm no way near composed, good looking or smart to be him.

Lone Ranger, no political affiliations, no scoring of political points, clearly insane, dark knight, dark mind, cynical, fighting for what's right, uncompromising, diligent, angry and not afraid to teach some mother f*#ker a lesson if it need be.

I can speak the unspeakable, I can vent the anger of REAL craft brewers. I say the things they wish they could but can’t for the sake of smile and not daggers.

I'm the hero the beer community deserves, but not the one it needs right now.

And you will follow me, because I can take it.

(That post has been brooding for a while, hope you enjoyed it as much as enjoyed writing it. Obviously, I love Batman)