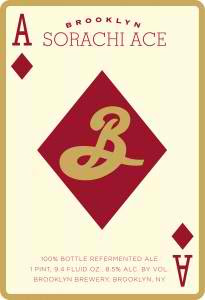 Obviously it's yum and Garret is still my man (PC in full effect boooouuuuiiiyyy), however on a completely almost unrelated matter for me to tirade....

At least 8 months ago, I decided to not only halt, but counter attack IPA's being a "thing" with people that are possibly annoying.

To sow the seeds of doubt.

I like many people, genuinely really do love Saisons, Biere De Gards, Farmhouse Ales etc. I really like IPA's too. I really like lots of beers, some more than others, but which ever one I want at that time of how I feel, what I eat, is my favourite beer.

But I thought I would make this interesting.

Who knows how far it will spread.

Since last October, whilst enjoying a particular Saison, I had an epiphany. Vance Packard inspired epiphany.

To test and see how much people can be persuaded/talked into trying/liking/loving a certain type of beer.

After that crisp Thursday evening, I decided that just for as one of my friends would say "shits & giggles" talk up, hype up, glorify, and put on a peddle stool Saisons, Biere De Gards, Farmhouse Ales.

Just to see if I could influence enough people (impressionable people, you know) that really don't make decisions for themselves unto thinking and drinking their way into what they thought they liked.

Sowing the Saison seed, if you will.

So, there I have been, for almost 8 months, waxing lyrical, pontificating about Farmhouse Styles of beer, "they are just so earthy, rustic, dusty, mineral-ly and have so much depth of character" "It's almost like each beer has a different terroir" blah blah blah wank wank wank (now interestingly, I actually stand by and believe all of those comments, it is my thoughts about Farmhouse Styles, it's how I actually do fell about them, but the way I deliver it. Like such a wanker/prat. It's enough to make most wine writers proud).

And just think, I have conducted all this just possibly to prove a point of how shallow some people are when it comes to beer styles. How they are single minded and snobby if said beer doesn't fit they current disposition (IPA's one moment, Farmhouse Ales the next).

I think I have too much time on my hands.

If I'm honest, I genuinely feel sorry for the people who genuinely love those styles of beer. Your favourite style is about to be hijacked by faceless, trend following, fashion police type people who want to do everything, everybody else is doing. I apologise, Rohan.

Obviously, this also means, that when Saisons become the next "thing" I will bitch and carry on about them like I do and instead of IPA's. Given.

So, next time you meet someone who is now "into beer", that they like subtle earthy dry Saisons/Farmhouse Ales because they are "so rustic and everything". You could have taken part directly or indirectly in my little experiment without even knowing that it was me sowing the saison seed, I'm not saying it's a true, I'm just saying it could be.

Just as the title of a chapter in the notorious Vance Packard novel 'The Hidden Persuaders' sates;

"And The Hooks Are Lowered".

More than likely I could be wrong about the entire thing. Parody restored then, I'm still totally full of shit.
Posted by Platinum Liquor at Wednesday, May 16, 2012