"Freedom Is In Peril. Defend It With All Your Might" 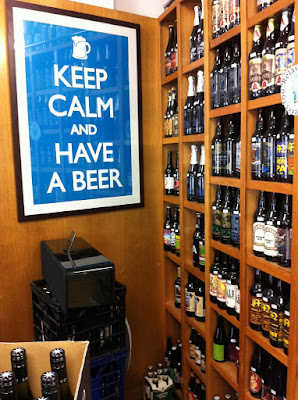 We got all interior design at Bellevue Hill last week.

I even thought about growing one of those preposterous wispy moustaches and wearing big ‘Buddy Holly’ type spectacles. Then, I gathered my thoughts and decided that I wasn't a total prat.

Owen will call me a hipster.

He may have reason.

However, I didn't buy the sign because it looks retro. Or because it would give the shop an old vintage motif/vibe, or that it would just look randomly cool.

Obviously being of Italian descent, watching SBS religiously as a child was a given.

Naturally, I'm obsessed with WWII, beating “Jerries” at anything (Damn you Vettel. Just wait till Fernando gets a decent seat!) Churchill, conservative governments, James May and “Jezza” of TG. (May sometimes wears the shirt in his spin off shows)


So, I saw the poster on sale online and, I Paypal’d that mother fu#$%r.

For those that don’t know. Keep Calm and Carry On was a propaganda poster produced by the British government in 1939 during the beginning of the Second World War, intended to raise the morale of the British public in the event of invasion.
The poster was initially produced by the Ministry of Information, in 1939, at the beginning of the Second World War. It was intended to be distributed in order to strengthen morale in the event of a wartime disaster. 2,500,000 copies were printed, although the poster was distributed only in limited numbers. The designer of the poster is not known.
The poster was third in a series of three. The previous two posters from the series, "Freedom Is In Peril. Defend It With All Your Might" (400,000 printed) and "Your Courage, Your Cheerfulness, Your Resolution Will Bring Us Victory" (800,000 printed) and were issued and used across the country for motivational purposes, as the Ministry of Information assumed that the events of the first weeks of the war would demoralise the population. Planning for the posters started in April 1939; by June designs were prepared, and by August 1939, they were on their way to the printers, to be placed up within 24 hours of the outbreak of war. The posters were designed to have a uniform device, be a design associated with the Ministry of Information, and have a unique and recognisable lettering, with a message from the King to his people. The slogans were created by civil servants, with a career civil servant, Waterfield, coming up with "Your Courage" as "a rallying war-cry that will bring out the best in everyone of us and put us in an offensive mood at once". These particular posters were designed as "a statement of the duty of the individual citizen", un-pictorial, to be accompanied by more colloquial designs. The "Your Courage" poster was much more famous during the war, as it was the first to go up, very large, and was the first of the Ministry of Information's posters. The press, fearful of censorship, created a backlash, and thus a lot of material related to these posters has been kept by archives.

Now, that info is all from wiki, which means it;
Might not be historically accurate.
&.
For half of this post you thought I was a wealth of information and intelligent. That would be a grave mistake giving me way too much credit.