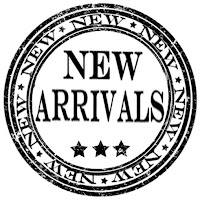 Their not new, I just have this picture because, well I stole it off the net. I'd love to say that I had some graphic designer with thick Buddy Holly type spectacles do it for free beer. But the honest truth is, I nicked the bugger.


However that doesn't mean that the beers are worth selling your wife's granny for.

More Epic, because we all know that we can't last without it.

More 8 Wired, Possibly the brews have been a little overrated for my liking, but that shouldn't stop you from sinking them down in a orderly fashion. we also have the limited Sultan, which is a Quad made with sultanas... Get it???
Plus they do an IPA :)!

Brewdog and some Mikkeller 1000 IBU.

That's right, after almost two years in exile the brilliant nomadic danish sometimes most highly overrated brewer in the world has been reinstated on the shelves.

only the DIPA at the moment, but obviously more goodies to come.