So, I've decided to start an advocacy group. JAIPA, which stands for

We will hunt down brewers who unashamedly lack imagination, name and shame them.
Simply making an IPA (or Hop Bombs) for making it's sake.
You know who you are...

Now if you have frequented one of our stores, and I (Adam - the ugly one, usually playing all the good music) will give you this look when everything your putting on the counter has the IPA acronym upon it.


I'm not done yet

I then try and persuade you to try something a little different. And that beer is so diverse and beautiful that a kaleidoscope of flavors await.

Then I'll give you my;

"I love hoppy beers, I really do. However my parents are Italian and a IPA or any other hop laden bomb doesn't go with Italian food at all" then I'll follow that by my "every saturday night Guzmen y Gomez extravaganza where by I pig out on pork, Tabasco, coriander, black beans and chili with the hoppiest SOB going around."

Now.
Brewers.
Numerous offenders there are, however some stand above the clouds more than others.

Our inaugural inductee of the JAIPA Hall of fame is...... 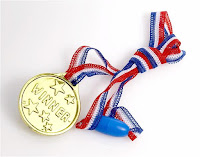 Me and a few other passionate customers that obviously think a little differently, propose that it's time for Luke to make something genuinely interesting (Not some Discovery Channel side show, Not a Foreign/Strong/Imperial Stout. Not the type of cliche beer that any good brewer can look at the top list of ratebeer.com & beeradvocate.com and create) we are talking about a beer with his view, his story, his style, his purpose, something with conviction.

Luke makes super mega premium yum beers. However sometimes it's all a little one trick pony.

To put in terms that every single red blooded person would understand. It's like having the same sexual position every time, every night. And no one should be happy with that.

So, how's about it Luke and congratulations for being our inaugural inductee of the JAIPA Hall of fame.

P.S : There should be no shame in being a inductee into the JAIPA Hall Of Fame. Some would view it as a badge of honor. And it can be argued having seen all the upcoming inductees, that they are all brilliant brewers.

Also some people only have one sexual position, sometimes they don't know any better.
Posted by Platinum Liquor at Wednesday, July 06, 2011