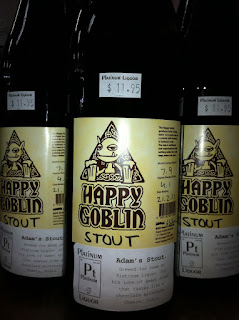 Beers have been named after people for decades, or specifically for people.

Here are ten beers named after well, if I'm honest Royalty. but all are dedicated to the person one way or another.

Regardless of his “governing” techniques, it’s safe to say Nicholas II, Russia’s last czar and the face of Avery’s imperial stout, was handed a raw deal. The Western world changed during his rule, and new political constructs knocked at the door of this once powerful empire. His reign may have led to an age of war and communism, but his place among beer is fortified with this deeply rich 11%-ABV stout.

Perhaps Scotland’s most famous king, Robert the Bruce led his country to independence from English rule in the early 14th century. “Braveheart” may have misrepresented the Bruce, but this Scottish Ale doesn’t; it’s feisty with a 7.2% ABV, has a strong roasted-malt backbone, and would never be mistaken for a Brit.

The Victorian era is remembered as one of progress: Our favorite period invention is the IPA. It’s only fitting that the English queen who ruled colonial India should grace the label of a mildly-hopped English-style IPA. Vicky might have been a buttoned-up lady, but we’re guessing even she couldn’t resist the nectar of the Far East.

Arthur Wellesley, the famous Duke of Wellington, was a force during the 19th century. He led battles in India, fought Napoleon at Waterloo, became England’s prime minister and served as commander-in-chief of the army. We’re not surprised this hoppy IPA isn’t the first product to use his name: Ever heard of Wellington boots?

Although King Midas was an actual man who ruled actual people in what’s now modern-day Turkey, the much-celebrated myth about turning objects into gold is his legacy. But the Dogfish Head team went beyond the myth when they used anthropological findings from Midas’ tomb to recreate an ancient Turkish recipe, the result of which is a delicious cross between wine and mead.

If we’re going to toast an ancient Egyptian deity, Osiris is right up there next to Ra. Ruler of the underworld and gatekeeper of the Blessed Land -- basically Earth without hangovers -- Osiris is a pretty powerful ally. Sun King Brewing makes postmortem life a bit easier with this brightly hopped, not-too-bitter tribute to the afterlife’s bouncer.

The lusty admirer of art, animals and, among other things, imperial stouts, Catherine the Great brought relative prosperity to Russia during her 18th century rule and is credited for ushering in an era of wealth. In tribute, this imperial stout delivers a cadre of roasted malts, which back an unexpected array of dark fruit notes and a 10%-ABV kick.

He may have been cantankerous, but Erik the Red was a PR pro. Exiled from Norway and later Iceland, Erik and his bushy red beard settled into a desolate ice country and tried to convince people it was the bee’s knees by naming it Greenland. This slightly spicy Irish-style amber may not be ill-tempered, but it’s bold nonetheless.

2. Meadery of the Rockies Lancelot

A legend of fiction, Sir Lancelot was royalty no less as he shadowed King Arthur on various campaigns throughout literature, including the epic search for the Holy Grail. Ultimately it was his fondness for
beauty -- especially Arthur’s Guinevere -- that led to his undoing. His lust for things sweet, then, perfectly represents this Colorado mead.

He was a slippery fellow, that Rasputin. From humble beginnings as a peasant child, Rasputin transformed himself into a royal adviser of the Romanov dynasty and cult-status healer. But like many shady political characters of yesteryear, Rasputin was eventually deposed after his assassins poisoned, shot, and drowned him. This iconic brew, however, lives on and boasts rich roasted flavors as big as the man’s myth.


Which brings us neatly to Adam's Stout made by Colin Larter from the Happy Goblin brewery in Mt Kuringai in Sydney's north. If we are honest (again) the beer was going to be dumped by Colin for its sky scraper sweet as candy or cola OG (original gravity), however when I heard this, "don't fret, pet" I said and I gleefully took this sweet like a chocolate milkshake stout right off his hands.


It then became Adam's Stout. Not bad, if I don't say so myself.
Although it's a little humbling considering everyone else on this list above either influenced or conquered the world at some point. Doesn't say much for the son of an immigrant who likes the 60's, automobiles and beer.

This Stout is so dark, coco nib laden, sweet, caramelised, chocolaty, rich and luscious, it would even put that Adriano Zumbo pest from the telly to total utter shame.

Many thanks to colin for brewing stout for people who are afraid of the dentist.
Posted by Platinum Liquor at Wednesday, February 23, 2011