This is a message from a fellow Geek, 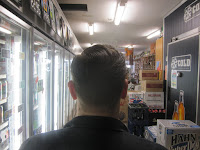 Upon scowering the 'Ratebeer' and 'BeerAdvocate' sites. Apart from you lot being a bit of a narky bunch, there were some things to take not of.

You always bloody well say that the person serving has no interest in the beers.

Well, you need to start coming and seeing me. ADAM.

I will talk your ear off in regards to diacetyl, home brewing, what you burps smell like when you have been drinking too much IPA etc...

However this caan have a reverse effect. I know that some good customers sometimes actually come in when I'm not there so they can buy what they want and leave, instead of hearing me waffle on.

Every body at Platinum Liquor likens me to 'Dancing Pete' from the 'Simpsons' (receiving a quarter, "He'll be dancing for hours"),

Get me talking and I can chew you ear, nose, basically your entire face off in regards to brew for an extended amount of time.
And not only does this mean you can listeen to my garbage mouth but usually the gent and ladie customers that keep returning to see me, allways get treated the best. (better discounts, heads up on arriving stock etc..)

I'm at each Platinum Liquor store 3 days of thee week,. So I'm reasonably easy to catch. The days are as follows:

Come in, say hello. And purchase some God forsaken beer.

We have know received in stock some beautiful beers from Ben Kraus (Bridge Road Brewers) including :

Ben's B2 Bomber, Hefe Wiezen and Chevalier range have returned. 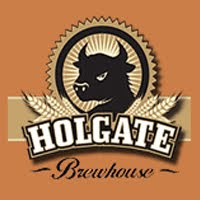 Hopefully we can catch you in the store sooner rather than later.
Posted by Platinum Liquor at Friday, September 03, 2010