Devils, Rats & Piggies - A Special Message from Godzilla : Our Friends.

People of the world unite. Or so we like to think.

Here are what we like to think are some of the best brewers in the world.

Also our friends. And in posing in harmless photographs have inadvertently become supports of 'Platinum Liquor' and what we stand for.

They align themselves with us, fighting the good fight for craft beer.

For their views, their hates, their loves and the way they contribute to making the world a better place.

Peter, Tod, Bill and Matt run a tight ship and their beers are essentially phenomenal. And Jessica and Anthony are some of the loveliest people you will ever meet. It was an absolute pleasure spending an afternoon with them. Drinking, laughing and discussing the pros's and con's of beer. 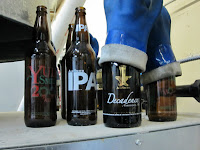 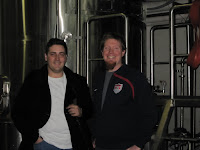 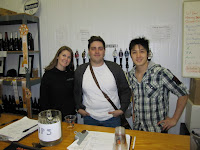 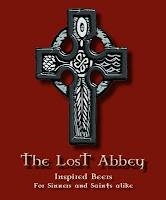 Visiting Lost Abbey was a surprise for me. Not the beer of course but the people.
I don't think I couldn't have gotten on better with anybody else of all the breweries i had visited.
Sage and Terri HAVE to be the greatest people in the world. They were funny, thoughtful and not really into taking shit from anybody. They bought me lunch and gave me an education to Mexican food. And how I gasped at astonishment at the length they go to, to barrel age their beer.
Unfortunately Tomme was not there, however there was a gigantic cardboard cut out of his head so I decided to ask it a few questions.
It was prodigious indeed spending an afternoon with them. Drinking, laughing and discussing global warming and the fate of human kind. In the funniest way possible. 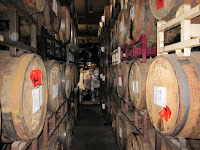 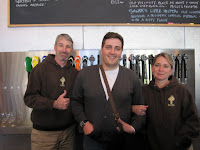 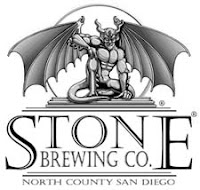 STONE!! STONE!!
Anybody who loves beer, considers themselves an outsider/punk, a self righteous arrogant bastared that won’t comply with the world, has to love Stone.
They unleashed on the world their unique way of doing things, left a pile of destruction in their path and haven't looked back since. Oh and by the way, their beer is so good that (and it's just a rumor), God himself visited the brewery to pick up a 50L keg of ‘Arrogant Bastard’.
Possibly one of the most beautiful breweries in the world (obviously discounting the fact that it's surrounded by car dealerships).
Everyone there was super friendly. Ken (and as he eloquently put “brother in arrogance”) showed me around. I got to meet Mitch Steele and I fell weak at the knees.
The I got to Meet Greg Koch, he bought me lunch at the beautiful restaurant within the brewery and its was so delicious, I almost accidentally ate my hand in the process.
It was immense spending an afternoon with them. Drinking, laughing and discussing French poetry, Icelandic music and whether or not Kimono’s are due for a comeback. 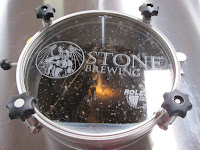 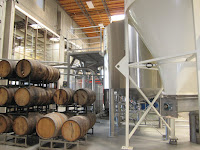 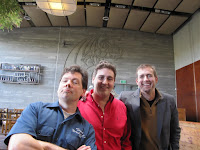 Hair Of The Dog Brewing. Portland OR. 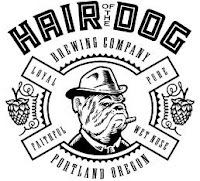 Visiting Alan from 'Hair Of The Dog' brewing had been somewhat of a pilgrimage for me.
1. He was great friends with the late great Michael Jackson (not the freak pop artists. The Beer writer, of who other beer writer's are judged)
2. His signature beer (featured in Michael Jackson's Classic 500 Brews) was AdamBier. Me.
Alan was great. He reencountered stories of Michael for me and confirmed for me that he was as cool as I've only dreamed of.
His beers were easily head and shoulders above a lot of things I have ever tasted. Humble, generous and just a down to earth gentleman. literally a 1 man band, apart from his recently hired apprentice Jessie. 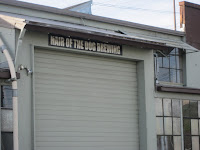 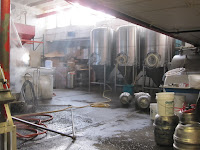 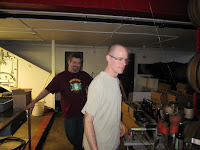 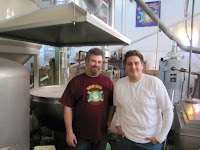 Dogfish Head.
I.
Was at Dogfish head.
Possibly leaving the best till last?
My home, or what would be my home. I had perceived to like Dogfish Head so much that my father had suggested that I try my utmost to become a adopted child of Sam Caligione himself.
What can I say; from the moment I stumbled across his beers on ratebeer.com up until the moment I met the man.
Sam is my brewing hero. The way he makes beer, the way he thinks about beer, the way he talks about beer and they way he articulates himself to other whilst referring to beer and the brewing process. It was such a pleasure meeting him.
My only disappointment is that I didn't get enough time to talk in full of the reasons why I see eye to eye with him so much. All their beers were unique, well thought out, well constructed and just positively awesome. They were so serious that they could actually be humorous at the same time without anyone ever doubting how good they are.
for me Sam embodies what is not only great about beer, craft beer but most of all, the brewing scene in the US.
No one had a bad word to say bout him. just a gentleman. 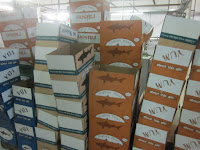 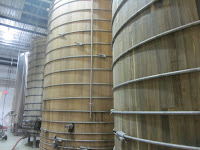 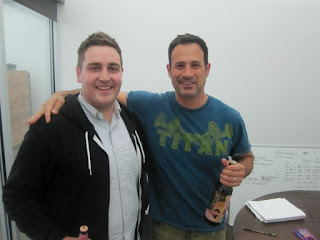