Secret Origins: You Made Me. You Are My Joe Chill.

I never used to be like this you know.

I used to be a kind, shy, sensitive young man.

A list if the following movies I cried in upon watching them for the first time;

I thought cats were cute.

I never thought anyone was a bad person (sort of).

It was the summer of 04-05, and this fresh faced you boy had eagerly discovered beer.

Not even good beer.

Everyone has ‘The Moment’.

You know? The moment.

If you don’t understand what I’m talking about you might not be a ‘beer person’.

My moment was a Hahn Premium.

Yep. From what dreams may come.

There I was this happy go lucky kid.

Skipping his way through life.
I was excited, and anxious about his beer world I had discovered.

Then my second, third, fourth etc..

I was so keen to be happy and chat about beer.

When a customer cam into our shop and looked like they were browsing the good beers (didn’t say craft), I would get irresponsibly excited.

I was hampering for them to turn around and want to talk about beer.
I was rearing to go. Bull at a gate. A dog at a bowl.

I was chomping at the bit.

And if said person wanted to ask a question or talk about beer,
I was like ‘Handsome Pete’ from the Simpsons.

“He’ll be going for hours”

I would want to chew there ear off (this particular trait has remained. However I only like talking for a long time about beer to people who aren’t massive dicks).

So, lets set the scene.

Me, standing at the counter, eager as a puppy sitting at the house front door, waiting for the owner to return home from work.

Watching waiting to for him to ask and talk about the beer.

Then I couldn’t hold on any longer and my excitement would get the better of me and I’d come out with the :-

“Did you need a hand mate, anything beer wise you were looking for?”

It was said with the kind of panache and gusto like a teenager eagerly awaiting a reply from his high school crush, that he had just asked to the end of year formal.


Now, not all the time but at least 80%-90% of the time, the response was an unconvincing, aloof and distinctly quite rude reply of :-

And there I sat deflated, upset and despondent.

Some of those people eventually came around.

I had to prove my beer skills and loyalty to them. I had to win them over.

I had to convince them that I wasn’t just some punk who knew what Pale Ale was.

Every customer was a home brewer and every single one of them would say that I wasn’t doing it properly.

And there I sat deflated, upset and despondent.

So, Picking myself up from the dust. Spit in my eye.

And I decided to not to put up with it.

I grew stronger, rising from the ahes.

I learnt more, I studied more. I home brewed more. And yes, gratefully, I drank more.

And now here I am, how you find me.

You are my Joe Chill. 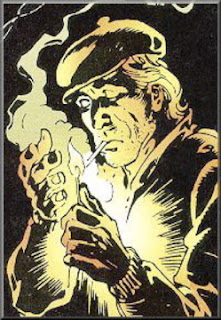 All that torment, the looks, the condescending snippy comments, the gripes.

Why do you think I take myself so seriously and have the biggest chip you have ever seen on anybody’s shoulder?

That’s why when I meet someone who treats me with the same contempt now (especially some green newbie beer rep, who used to be a jerk off wine rep), I take that shit personally. I take them to town. Sometimes in front of the public.

I earned my stripes.

I did my yards.

And I came back stronger.

With enough spit and dirt kicked in my eye.

I’m now the biggest mother f&*ker (not really) in the beer industry if you want me to be (as in, if you piss me off, you most definitely know about it).

And now I know a thing or two about beer.

Unfortunately, realistically and introspectively, I have become everything that I hated when I first got interested into beer.

You either die the hero, or see yourself become the villain. 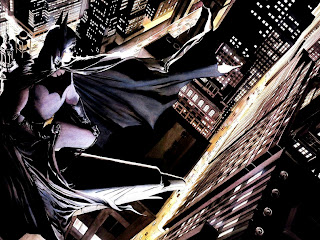