Editors Note : In this F*&King blog, due to the arrival of that mother F*&King beer, The C BOMB. I tried to be a F*&King smart c*&t and type this entire blog with 182 blinks (geddit?).

However, being utterly rubbish and a male, I totally under estimated the situation (sort of like the blog equivalent of trying to put together IKEA furniture without instructions), thought I could walk through the F*&King thing.

And not only that, my concentration on having to blink out all the F*&K's and b*&ch's meant that my already poor standard and grammar, spelling and punctuation were at an all time mother F*&King low.

Just for the record in case no one actually understands the entire blog.
the things that arrived were.

We Finally, after all this F*&King time, got in Tim's F*&King C Bomb DIPA.

Yeah I know, We got it really F*&King late.

Thanks very F*&King much for pointing that out.

Monday I drove all the way down to F*&King South Nowra, Tim was there as and usual we F*&King tore shreds off people and beers e didn't like.

F*&K me, if some of you could here the utter F*&King shit we talk.

So, not only are we carrying Tim's F*&King in ya'face DIPA, we also picked up some more mother F*&King Horns UP.

You F*&Kers knew it was coming.

Horns UP is one of our best selling IPA's, obviously because its F*&King great, and it has the right amount of F*&Ked up bitterness that a lot of so called F*&K wit IPA's F*&King claim to be and market themselves about.

The kind of pronounced bitterness that already makes a lot of peoples F*&Ked up faces that much more F*&King terrible to look at. 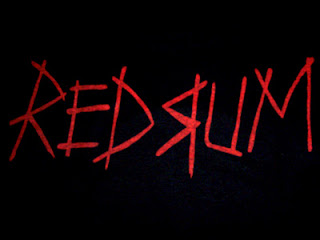 They made a bight tight juicy F*&King wheat beer, put that b*&ch in a old rum barrels and told that mother F*&Ker to wait until they added some tiny little beautiful F*&King raspberries.

Then they let this F*&Ker mellow for a while. This b*&ch has a lot going on.

There is F*&King vanilla, oak, spice, fruit, touch of floral F*&King twang ready to just burst into your F*&King face with a little ageing.

Now, Me and Tim talked about this, don't be that boring mother F*&Ker who just buy one bottle of this fantastic beer.

Just buy a mother F*&King 6 pack. Take it home, drink and F*&King enjoy one, jerk off, rate it online, spoof yer'self, write your F*&King blog about beer, what ever you do. Then drink the F*&King next one in 2-3 months.

F*&King repeat till all 6 bottles have been F*&King drunk. Then F*&King decide whether or not you F*&King liked or appreciated a F*&King beer with so much more knowledge and F*&King respect rather than drinking the two F*&King bottles within days and doing your usual F*&King

Invest in some F*&King time and mother F*&King patience, b&*ch.

If we find you only buying two or one bottles of RedRum, Imma tell Tim and he's going to F*&King hunt you down.


And thats all I have F*&King to say about that.