What Would ODB Do? 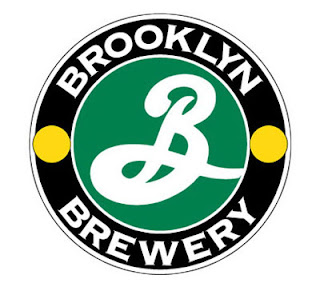 We now Have beers, well, it's A beer, if we are honest. From Brooklyn Brewery, Williamsburg NY.

I'm extremely proud to sell some of Garret Oliver's beers because he is right up there in Godly status with 'The Caligione' in terms of the way he thinks about beer and executes it perfectly.
I also happen to think, that there is no one on the planet today that describes beer flavors as well or eloquently as him, how they come about and what food to accompany said beer.

Like me, Garret has a soft spot for subtle British Ales and was the man to comprehend one of my favorite derogative terms about IPA's

Now, we are only stocking the 'Local 1' because as much as I love Garret Oliver, I don't need to carry his Lager, or his East India Pale Ale or his Pilsner because. Well, they are just no better than any other handcrafted Australian beer. On top of that they cost more.

I'm only going to carry Garrets unique brews. It's kinda like Sierra Nevada Syndrome all over again.

I'm not going to carry some well made lager just becasue its from Brooklyn.

This Brooklyn post brings me neatly to a issue that has been niggling at me for a few months now.

Hipsters (pretending to be) getting into craft beer. 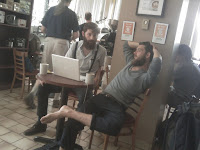 (if you have missed the connection, Brooklyn NY is the heaven/haven/sanctuary/origin for everything hipster in the world)

Now personally, I don't mind Hipsters, my best friend is potentially one. However when they pretend to be into craft beer because and I quote verbatim "I'm totaly into craft beer right now, it's just soooo indie"

It pisses me right off, something fierce.

Now for some of you, your thinking? What is a hipster?
It's the people out that are usually skinny, have bad facial hair, loud over sized spectacles, possibly wear a beanie, possibly a big dirty beard, listening to Animal Collective and rolling their own cigarettes.

Wikipedia it for supreme understanding and further research.

Some of my favorite quotes have been, and once again, verbatim;

"Doesn't the yeast in the beer go off once its passes the equator?"

"what's the Raddest beer you guys have tasted lately?"

"What IPA's are tasty ATM?"

"This beer I had at this (ubiquitous small bar/old pub/ chilled out drinking space/ funky little bar insert here)_________ and it was maccing!"

They come in, trying very hard to appear care free and pretend to know what they are talking about because they know of Dogfish Head, Stone, Rogue, Russian River or possibly 3 Floyds, or good forbid Mikkeller. Basically any brewery at the top of a Ratebeer or BA list.

Most of my best/favorite customers who are in to beer, are just normal guys,
we like beer because it's beautiful, fulfilling, rewarding, diverse and brilliant, not because twothousand.com said it was.

Basically what I'm saying is.
Regardless of hipster or not, if your going to be into beer, BE INTO IT!
If you want to get into it, just ask and I can help, walk you through what you might like or not like.
Don't pretend to know what you are talking about. It's very unbecoming.
You just look like a twat.

This promotional booklet is the prime example of why sometimes marketing is evil and it can make me vomit, on several occasions. The brewery that made it, I'm actually highly insulted that they gave me a copy.
Target markets for groovy funky indie craft beers served at an old pub in Newtown. It's just not on.

It's just for fake ass A & R's.
So, What would OBD do?
Thoughts/Concerns? Email us at platinumliquor@optusnet.com.au

P.S : I apologise for this lengthy rant.
It's has struck a chord with me deeply.
Also, it's now no secret that I am a total psychopath and take everything including myself way way way too seriously.