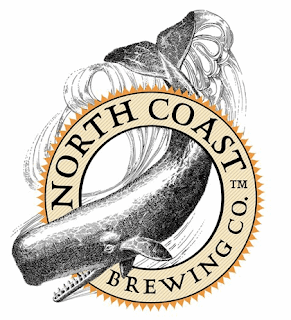 Fort Bragg was founded as a military fort prior to the American Civil War, it is now a popular tourist destination due to its picturesque views of the Pacific Ocean and rugged Northern California coastline.

North Coast are smoking proper good and if you haven't heard of them, maybe your not good enough to listen.

Mother F%&*@er! (apologies, I've been watching 'The Wire" again and my vernacular changes from young suburban red blooded Australian man/boy to straight out bad ass smart hustle'n gangsta from the streets of the Western Baltimore)

And would also explam my 2pac inspired rant about 'Crown Ambassodor".

Old Rasputin - 'The Raspy' himself, in 4pack form.

Brother Theolonuis - Belgian Abbey and if you haven't heard of Thelonius Sphere Monk?? Be GONE!

Not to mention that Old 38 Stout and Old Stock (OLD STOCK!!!!!!) will be available sooner rather than later.

Soooo, dont fall for those "4th of July fests" going arond this winter where people on base wages dress up in 'Statue of Liberty' and 'Uncle Sam' costumes serve you overpriced rubbish hot dogs.

As Poot would say -

DIY that shit, BITCH (apologies again).
Posted by Platinum Liquor at Sunday, May 29, 2011